skip to main | skip to sidebar

nwaFoodie: 2nd Anniversary giveaway week: Tusk & Trotter in B...: (It’s Day 6 ) Tusk & Trotter . Off the square in downtown Bentonville.  Have you dined there yet? My husband and I went recentl...
Share |
Posted by Unknown at 1:03 PM 0 comments

Last year’s National Champions, the Benton High School Cheerleading squad, is competing this weekend in the 2011 Championship.  I, like so many in our community, are very proud of these girls for all that they have accomplished.

The fate of the competition is unknown at this point. Regardless of the final outcome, these girls should be extremely proud of what they have accomplished.

Since I taught many of these ladies, I am especially proud to tell you that they are excellent students as well as athletes.

For your viewing pleasure… 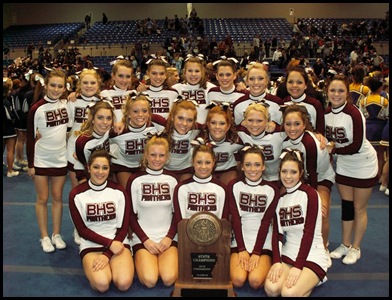 You can watch them…and, of course, you want to do so:)  Just click on their picture.

Congratulations to all of  you and to Coach Hilborn on another outstanding year.

I won't be at the 2011 Super Bowl, but I will be watching it and sharing in the excitement with those who are able to attend.  The commercials are always the highlight of the game for me as they are for many, I'm sure.

It's time to share your favorite Super Bowl Super Foods or Tailgating Favorites.  Just link up your post below.  If you don't have a blog but want to share, email me your recipes/ideas and I will post them for you.

My favorite college team, THE Arkansas Razorbacks, are playing in the Sugar Bowl in New Orleans on Tuesday.  I was there the last time they played in the Sugar Bowl…I was much younger then.  Unfortunately, our Governor did not see fit to declare a state holiday for Tuesday, so I’m back and work and NOT attending this year.  That’s not to say I won’t be having our own housebound version of a tailgate party though.  And we’ll be singing this song…

Hit that line! Hit that line! Keep on going,
Take that ball right down the field!
Give a cheer. Rah! Rah! Never fear. Rah! Rah!
Arkansas will never yield!
On your toes, Razorbacks, to the finish,
Carry on with all your might!
For it's A-A-A-R-K-A-N-S-A-S for Arkansas!
Fight! Fight! Fi-i-i-ght!

The Fight Song used today at the University of Arkansas was written in the late 1920s. We play the fight song at every home Razorback football, basketball and baseball game.
And we’ll be doing a great deal of Hog Callin’ as well.  It takes some practice so here’s a tutorial.
Meet the prettiest guy around these parts - 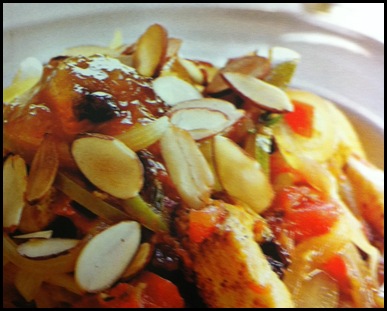 What are your "tailgating" plans for the Sugar Bowl while watching Arkansas turn the Mallett on "the" Ohio State Buckeyes? Link your post up here with Mister Linky.